Debts That Are Potentially Non-Dischargeable

Debts That Are Potentially Non-Dischargeable 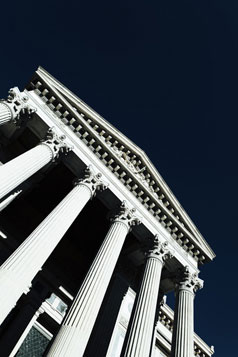 Typically, in a chapter 7 bankruptcy case, most debts are dischargeable, meaning they will not have to be paid by the debtor at the end of the bankruptcy process. Some debts are always non-dischargeable in bankruptcy, for example: debts for spousal or child support or alimony, debts for government fines and penalties, or debts that are from personal injuries caused by operation of a motor vehicle while intoxicated. However, there are other debts that may be deemed non-dischargeable because of a debtor’s prior actions or conduct. The potentially non-dischargeable debts include those created by the debtor’s intentional fraud, dishonesty, embezzlement or larceny when acting as a fiduciary, or acts that are both willful and malicious. For those debts to be deemed non-dischargeable, an aggrieved creditor must file an adversary proceeding and prove that the debt falls into one of these categories.

An adversary proceeding can be both expensive and time consuming process for a debtor or a creditor and as a result these proceedings are typically not commonplace. Nevertheless, in our experience, a creditor is generally more likely to bring an adversary proceeding when there is either (1) significant credit usage shortly before the filing of bankruptcy case and minimal payment back to that creditor has been made, or (2) when there is personal animosity between the creditor and the debtor (typically when the creditor is either a family member, an ex-family member or a former personal friend of the debtor.)

Elements of Fraud
There are generally four elements necessary to prove fraud in an adversary proceeding:

The purpose of these explicit guidelines is to prevent a creditor from attempting to deny the debtor a discharge of its debt for a simple mistake on an application for a loan or credit. To further discourage frivolous challenges by creditors, debtors are empowered to ask the court to award attorney fees if the creditor’s non-dischargeability proceeding was not substantially justified and if it would be considered unjust to award such fees to the debtor.

Presumption of Fraud For Recent Usage
Under the Bankruptcy Code, certain debts are presumptively fraudulent, making it very easy for a creditor to bring an adversary proceeding to challenge an individual debt under these circumstances. In these cases the burden is reversed and the debtor is required to prove that no fraud was involved.

To rebut the presumption, the debtor must prove that they intended to pay such debts back. Alternatively, in defending an adversary proceeding brought due to luxury credit card purchases, a debtor must prove that the goods at issue were not, in fact, luxury items. Absent some circumstances (e.g., an imminent foreclosure sale date or other important reason), a debtor should not file a case during the either 70 or 90 day period if their usage falls with the restriction listed above.

Willful and Malicious Injuries
Finally, creditors to whom a debt is owed that stem from a willful and malicious injury (either to the creditor or to their property) may object to a debtor receive a discharge to the debt owed to them. The injury must have been caused both willfully and maliciously. Both of the elements are necessary and must be proved for a creditor to successfully object to the discharge of a particular debt. A willful injury can be proved by showing that a debtor knew what they were doing and acted purposefully. An injury is malicious if it can be shown that the debtor knew that the act was likely to cause harm. Debts arising from the following types of actions have been proven to be willful and malicious in the federal bankruptcy courts in the districts of New York: stabbing, defamation, sexual harassment, bribery, or running over a creditor with a car. These circumstances make it extremely difficult to discharge a judgment for an intentional tort.

If you have any questions about the potential dischargeability of a debt in bankruptcy, please feel free to contact the Law Offices of David I. Pankin, P.C. at 888-529-9600.

What Are Your Options If You Fall Behind On A Loan Modification?Can I Exclude A Credit Card From My Chapter 7 Bankruptcy Petition?

Debt Settlement Companies: What They Don’t Want You To Know

The Benefits of Filing for Bankruptcy

Can I File for Bankruptcy Again?

Help For Individuals During The Coronavirus Crisis

What Can I Do If I Defaulted In Answering A Foreclosure Summons & Complaint?

Can I Exclude A Credit Card From My Chapter 7 Bankruptcy Petition?

What Our Clients Are Saying